Round House Radio: Sense of Place

Minelle is a deeply thoughtful and incisive interviewer whose listening skills make you feel truly seen and heard. I loved our chat on Roundhouse Radio’s Sense of Place and still think of the magic she created in that sound booth with great fondness. 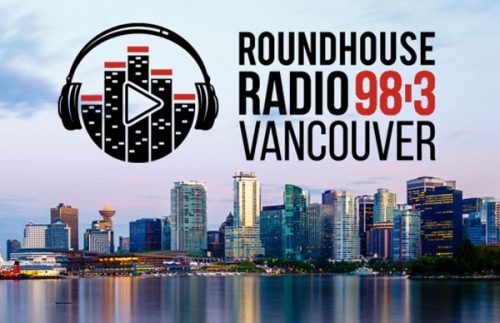 The programme, “Sense of Place,” was unapologetically feminist and anti-racist in its design and approach. Our team asked how we might offer systemically disadvantaged people a space where their perspectives, concerns and issues would be raised.

We invited regular “columnists” to come on board to share their stories and honour the relationships they forged with others. They, in turn, came on the show to share their stories. Our regular columnists included Cynthia Callison, an Indigenous lawyer; Jon Winebrenner, a designer with particular interests in innovation; and Patrick Maliha, a mixed-race stand-up comedian.

We focused on stories about unlikely allies (like the with two brothers; Krishna and Ravi Pendakur); writers who shared something in common but who had never met (like my chat between David Chariandy, award winning novelist of “Brother” and the memoir “I’ve been Meaning to Tell You” and author of “Passage,” Khary Lazarre-White. We also featured a conversation between Anne Michaels, author of the Orange Prize winning novel “Fugitive Pieces” and Kyo Maclear, author of the ward winning memoir “Birds, Art Life”).

You can check out all our interviews, here.

I think we probably interviewed close to a thousand folks. Four interviews a day, give or take, for two years – it was thrilling. It was a true gift to speak to so many people from so many walks of life. It’s hard to find a few highlights of my time at Roundhouse because there were so many – but I can’t forget my interview with Salman Rushdie. He spoke powerfully about the concept of repair, and my chat with Adam Gopnik, memoir writer, journalist and writer for the New Yorker. I asked him a particularly poignant question about his childhood, after I discovered in my research that he was a bit of a John Stuart Mill scholar. That moment was one that I will never forget, and I hope you’ll take a listen to find out what happened.

Not all interviews went the way I wanted them to go, though.

Sometimes guests were hostile and some conversations left me shattered, broken and forever moved (like the chat with acclaimed novelist and memoir writer Dani Shapiro, where we explored serendipity and marriage in her memoir “Hourglass: Time, Memory, Marriage”) and my interview with novelist Tom Rachman, author of “The Italian Teacher,” where we spoke about the relationship between ambition and family, here). I learned a lot about myself – both good and bad – and how sometimes I got in the way of a story being told.

I think we were all thrilled to see how the show received critical acclaim.

While on air, the show four awards, including one for outstanding radio host from the Canadian Ethnic Media Association and most recently an award from the Association of American Geographers.

This was truly gratifying for a newbie radio host. To find out more about our spinoffs, check out “This Neighbourhood Life” which won a British Columbia Association of Broadcasters Award for best community service programming in 2018, and “Acknowledgements: The Story Behind the Story.”